I love Prague. Prague was…magical. I think that’s the only word that I can think of to describe how I felt as I walked around immersed in the beautiful holiday decorations, smells, and sites of the old city. There were Christmas villages in the other cities, but I felt immersed in a Christmas village in Prague. 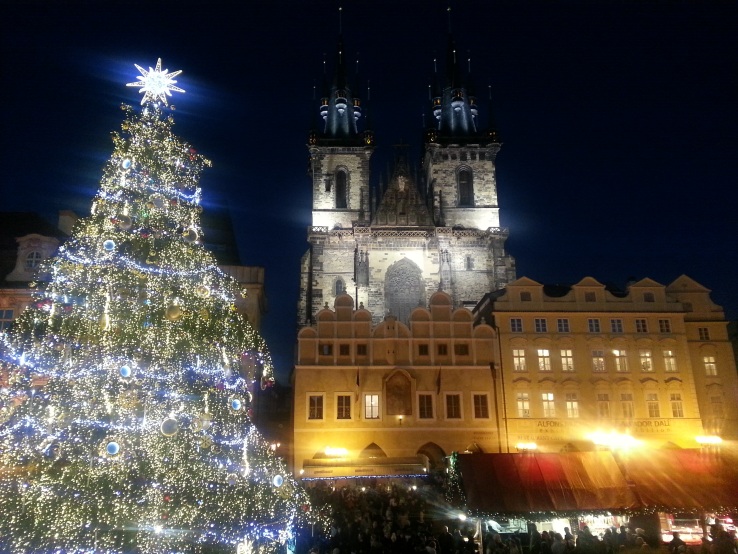 we spent our time there maneuvering through the myriad of side streets that opened into picturesque squares and market places. The fruits of our diligent explorative nature were shops where we spent our time using the favorable exchange rate to buy gifts for ourselves and friends. I made away with a pair of booties that I adore, for less than I would pay anywhere in the states for such quality shoes.

We decided to go on this locally guided tour called Prague in a Day to see some of the big sites. Our tour guide was a very eccentric older woman who spoke at many points throughout the day about how she wished Americans were more cosmopolitan and less conservative. It was amusing to say the least. Her ability to spout off facts without once ever referring to any paper or notes was astonishing. My favorite part of the day was when we went to Prague Castle. The bus ride up to where the castle is filled our eyes with remarkable shots of the city skyline and the river. We drank hot coffee as we toured around the castle grounds in order to keep warm on the chilly Czech day. That particular point in the tour ended with a traditional Czech lunch in a heated tent outside a restaurant, so we could still enjoy the views through the clear, plastic walls of the tent. 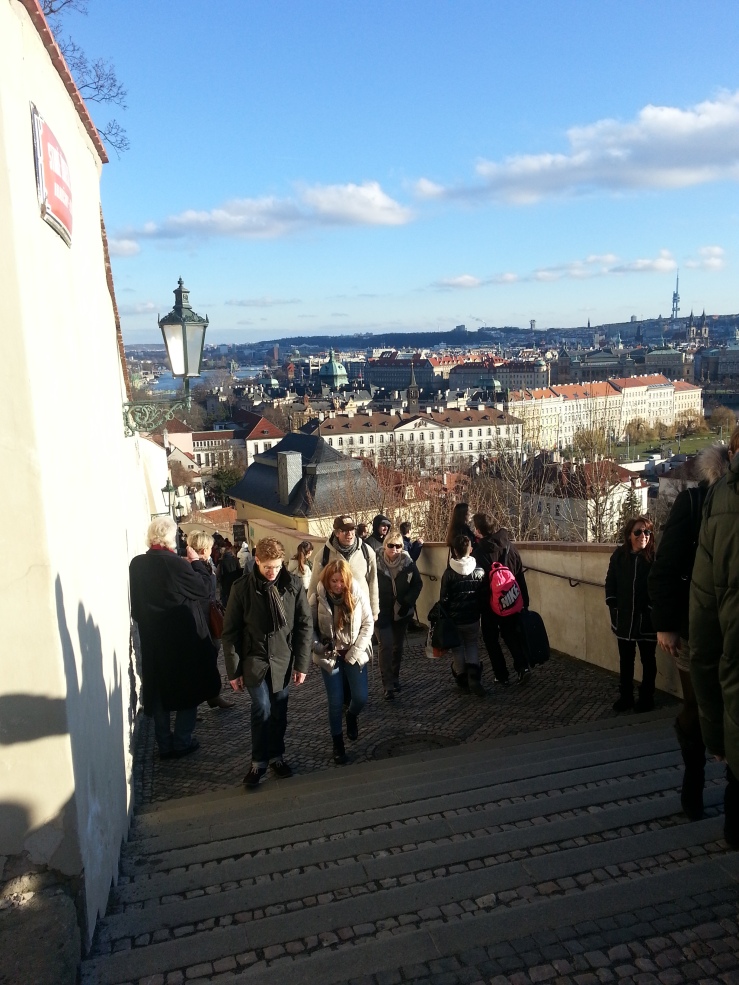 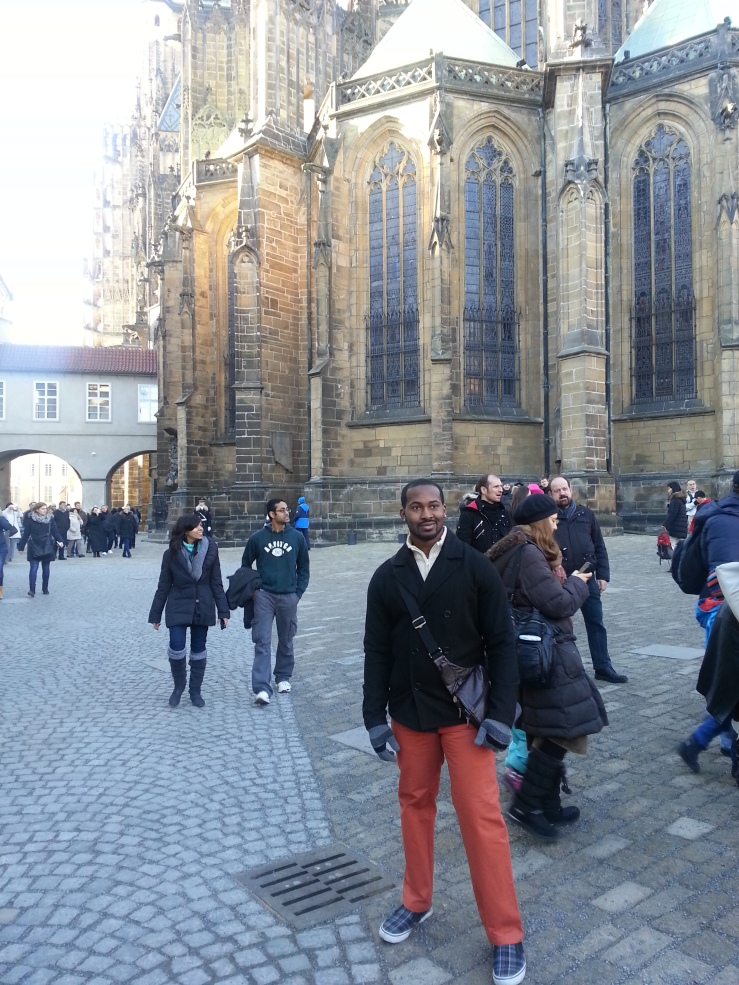 After the castle we took a scenic walk along the Charles Bridge. I have never been on a more crowded pedestrian bridge in my life. Despite the crowd, it was still a welcoming foot journey, as we were able to see a variety of street artists and performers, who never cease to entertain me. Once we were on the other side, safe from shoulder-to-shoulder traffic, we made our way to the “Prague Venice,” where we had a boat tour on the river, which included my favorite find of the trip: hot wine. I can’t say that it was my last mug of the deliciously hot, spiced beverage either. 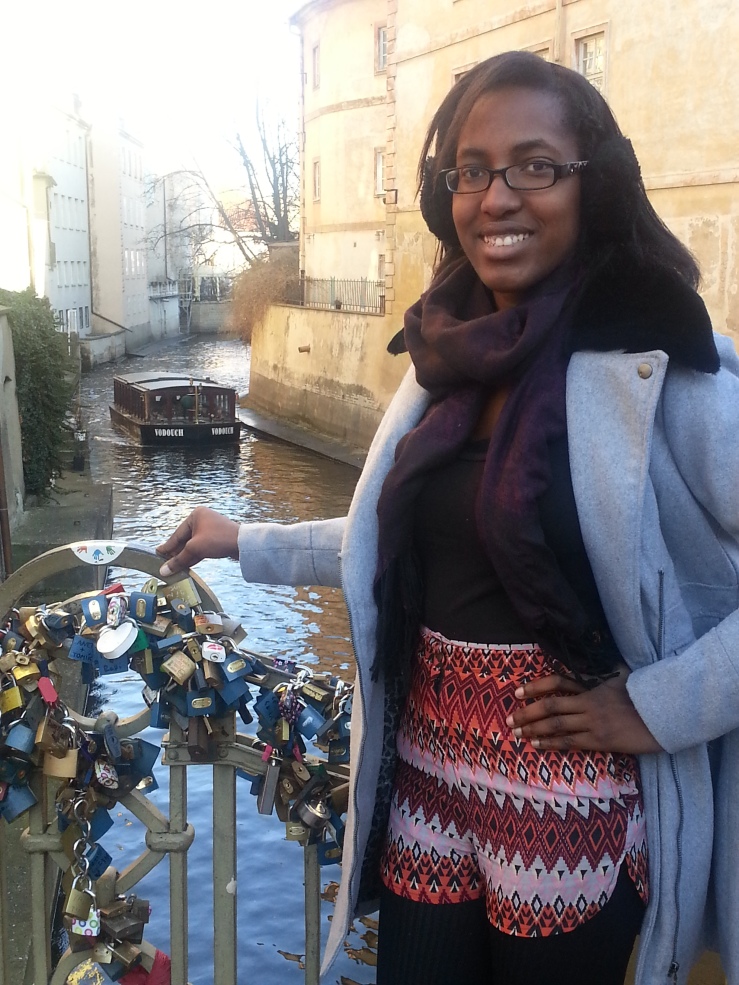 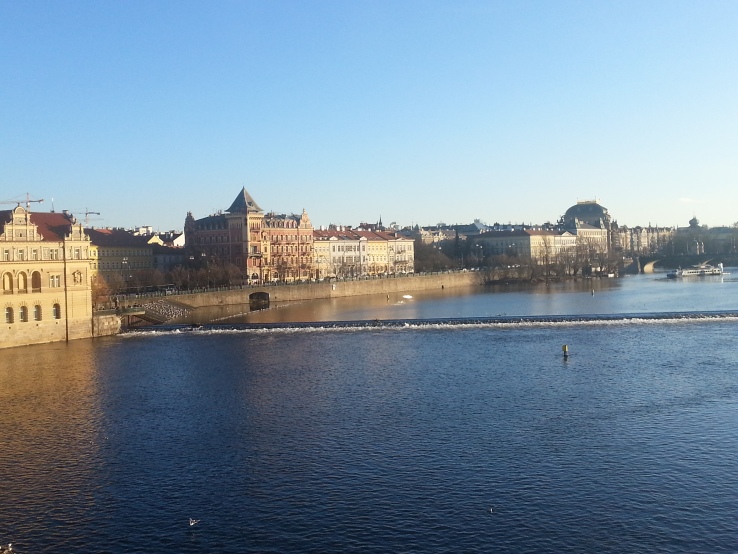 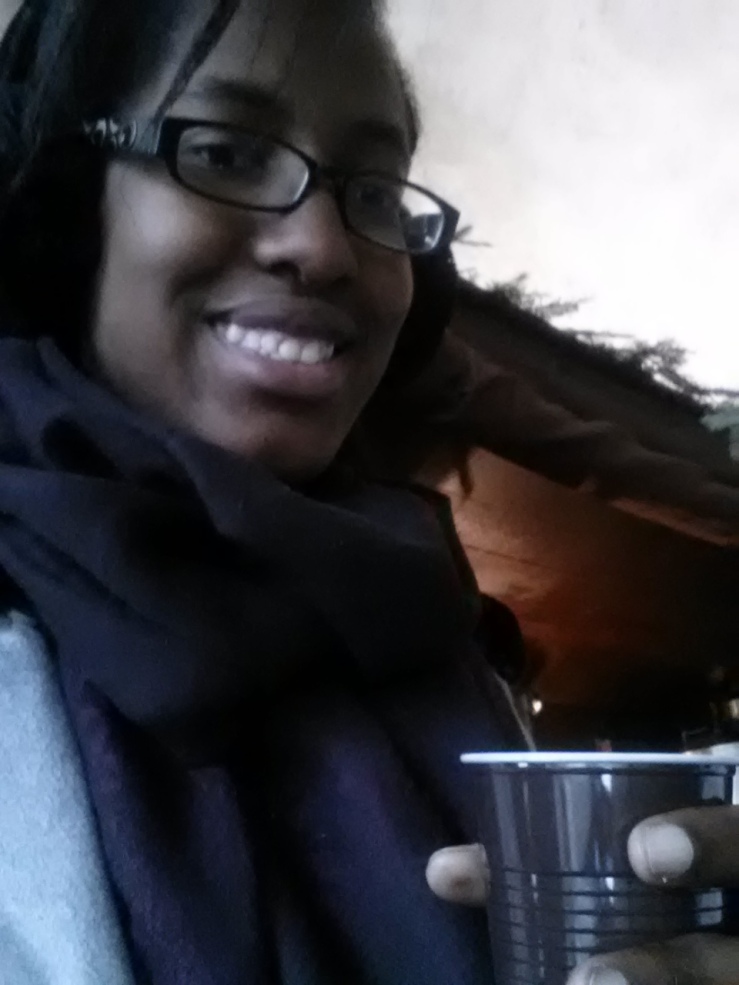 The rest of our time in Prague was spent exploring on our own. We ate lots of treats, watched the apostles come out of the clock, and went on a dinner cruise. The greatest find though, may have to be the beer that Oliver, Jordan, Scott and I stumbled upon at a tiny, dive bar across the street from our hotel: Chicago Piano Bar. We wanted to try the Pilsner Urquell that is advertised literally on every street corner, but the bartender (who would become someone who quite enjoyed hanging out with) said they did not carry it because he was not a fan and much rather would drink another locally made beer: Staropramen. He was right. Staropramen became our drink of choice, and we even gave him our address on a card so he could write to us and send us some. I’ll certainly miss nights of wondering around the streets, drinking Staropramen in a warm booth, and smelling the sweet smells of Christmastime all around me.