Even though the soreness in our bodies used to classrooms and workouts consisting of grading marathons, Monteverde continued to lure us into adventure after adventure. It is probably fitting that I quickly mention a brief encounter with a scorpion. I was going through my clothes, looking for a swimsuit, when I saw something dark in one of my swimsuit bottoms. I wasn’t sure what it was and then I saw it move slightly and my body’s reaction was to throw my swimsuit onto my bed. I yelled at Ruthie that I thought there was a type of scorpion in my swimsuit and she thought it was just a bug, so she threw my swimsuit onto the ground to shake out the bug, but sure enough, a scorpion crawled out from it. Our reaction: scream and jump onto the beds. The scorpion finally played dead, but the next night Thecla and Ruthie had an epic battle with the scorpion that lasted for an hour and resulted in them finally being able to remove the scorpion from our room.

Thecla and I had booked another trip into the heart of the rainforest, but this time at Selvatura Park. It was a bridge tour, that had 8 connecting bridges that got higher and higher, until you were looking down at the wildlife from a perch on a bridge above the canopy line. It was spectacular, and a nice change of pace from the adrenaline pumping tours. We spent a leisurely time strolling on the bridges, taking in all the plants and wildlife, and meeting interesting people along the way. We ended the tranquil afternoon with a big lunch at the cafe in the park. 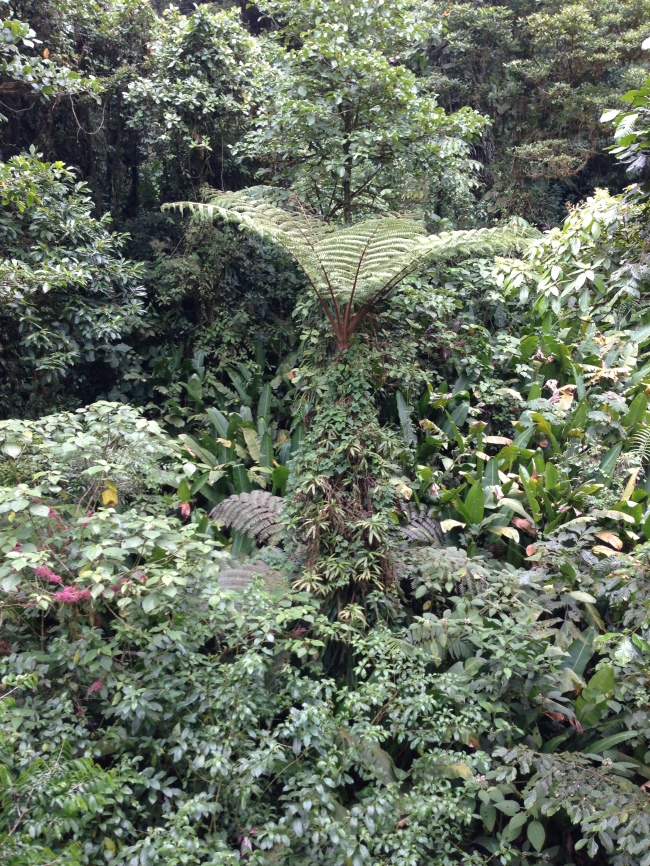 After the bridge tour we took a break before Ruthie rejoined us for our horseback riding tour. It was going to be almost three hours long and neither Ruthie nor I had ever been horseback riding before. I was a little nervous about falling off, but once we got settled onto the horses, I felt much better. My horse’s name was Johnny. Johnny was a bit of a volatile horse who did not like to be told what to do…a bit like his rider I must admit. So I settled mainly into the back of the pack of riders and talked to one of the tour guides, and Johnny trotted and galloped whenever he pleased, except for the occasional memory of a rider on his back. He was a great horse though, and even though I knew I would be sore the next day, I began to ease into the riding and enjoy the scenery. We even saw someone doing the superman cable from far away and I shook my head thinking of a time that the person was me up so high and gliding so far along on a single wire.

Once we got back to the horse farm, we saw a champion horse give a demonstration of its skills with its owner and were allowed to take pictures with it as well. That evening, we decided to spend some more time with our wonderful host Larry. We went out for a tapas dinner on the edge of town (Monteverde is a very small mountain town area) and then danced at the local hangout spot, Bar Amigos, late into the night. 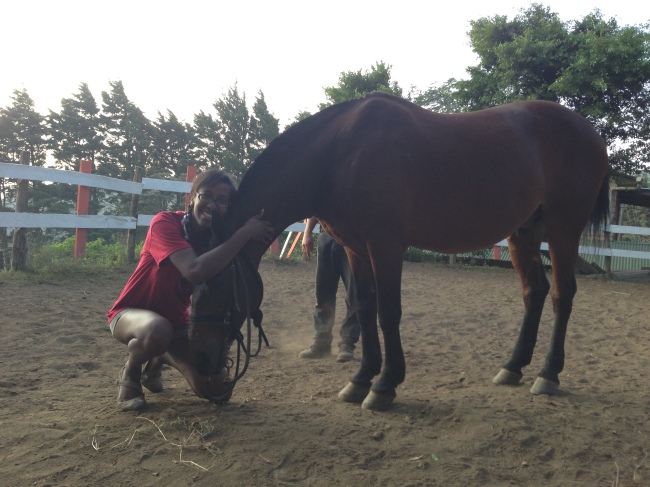 The last tour we went on in Monteverde was a tour of a chocolate, coffee, and sugar mountain farm. We were so excited to get an extra day in Monteverde in order to make this happen as by now we were obsessed with the coffee and also love sugar and chocolate. I remembered my love for sugarcane during my time in Ghana immediately when I saw the plant and its sweet taste was not lost to me and brought back countless memories of chewing on ice cold sugarcane with George, my old boss.

Our tour was made even more wonderful by the presence of four young children who were so spirited and inquisitive that they brought the liveliness out of the entire group. Our tour guide took us through the process of creating the coffee beans and the cocoa beans and let us taste it along each step of the way. I won’t lie, some of the uncooked/unprocessed beans were fairly good and Thecla and I definitely took a handful of one pile and munched on it along the tour route. We took an oxen drawn cart to a building where we mixed hot sugar into flavored candy and bagged it. The last thing our tour guide let us try was moonshine that they brew there, although it is it technically illegal. It certainly had a burning sensation, and I could not stop laughing at the children asking what it was. The tour ended with coffee and yummy snacks, and my body was thankful for such treats as the horseback riding from the day before had left me quite sore.

That evening, we went to a Peruvian restaurant, and I was inspired by the tilapia I saw on the coffee tour to order some, and I was very happy with that decision. The girls and I had an early night to prepare for our next day departure to the Arenal region. 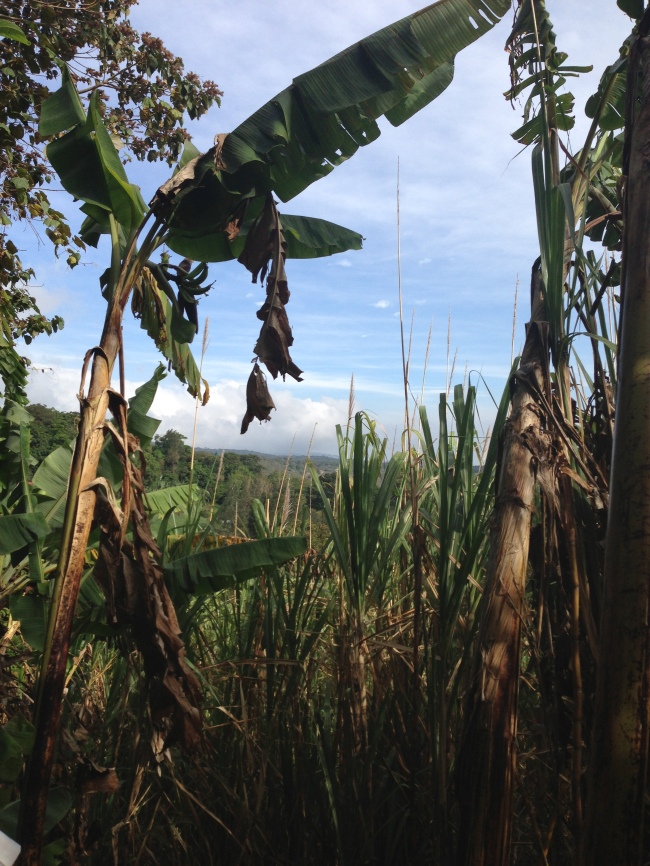 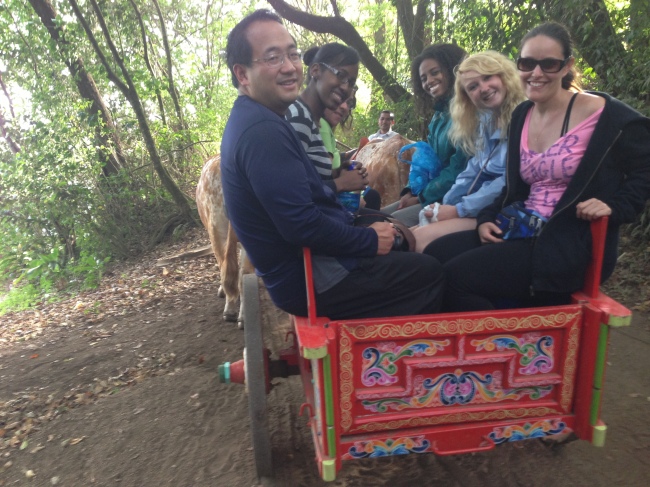