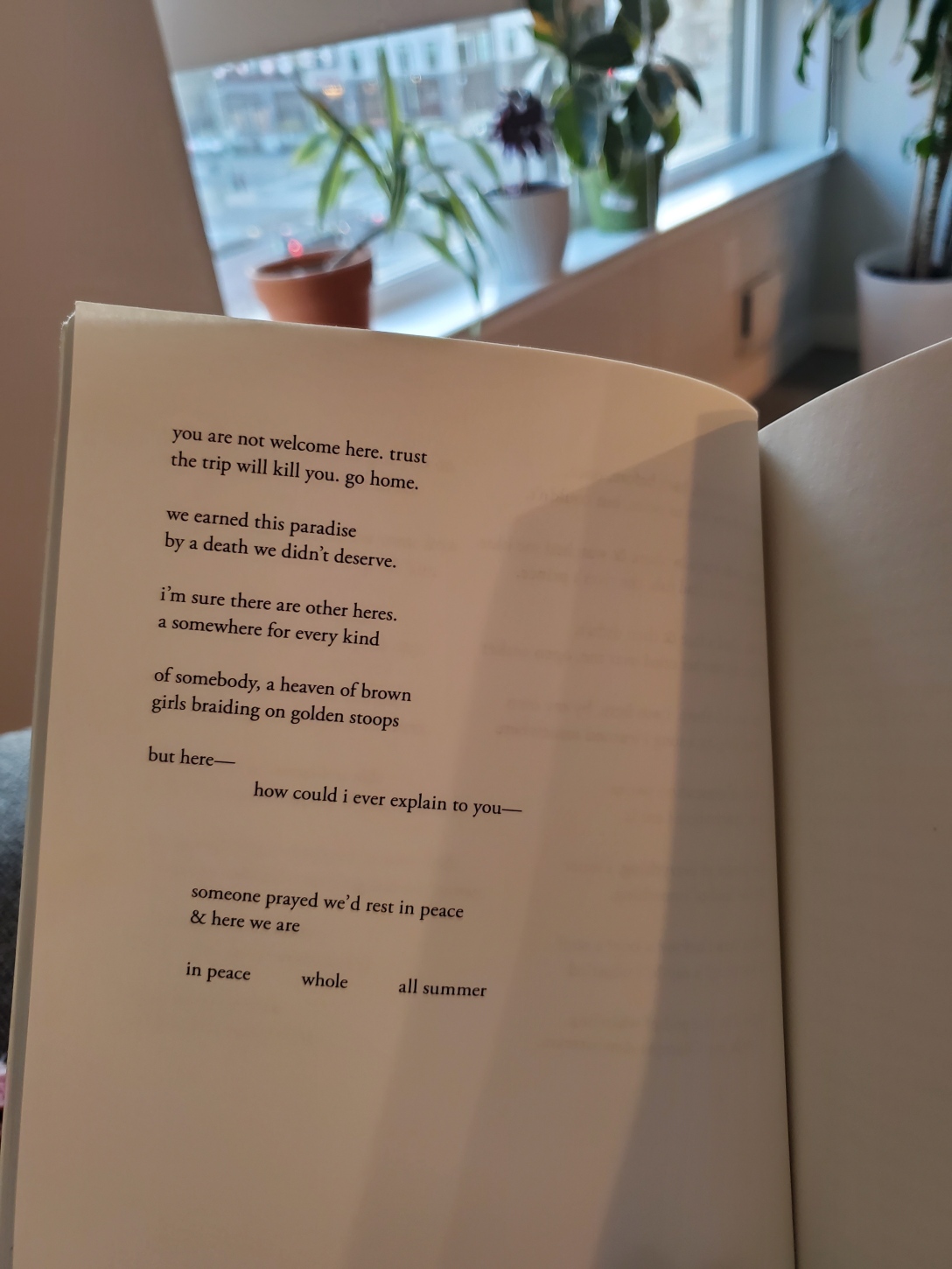 Last night I tossed and turned, the air filled with a nightmare mix of air fresheners and bullets. This afternoon when I hit ‘end’ on my last call for the day, my body instantly doubled over, racked with uncontrollable tears, as I curled into a ball, holding myself and shaking. Daunte. Another name I should have known in life instead of death.

Even though the poet themselves told me that I shouldn’t, I have read Danez Smith’s poem ‘summer, somewhere’ each time a Black person has been murdered by police (or a civilian acting as executioner of the State). Don’t Call Us Dead came out in 2017. I don’t know how many times I have read and reread it, but I’m certain the number itself might stop my breath.

I need to imagine a heaven for Black boys and girls who don’t make it home. Where they can’t be killed again and play all summer. Something that our prayers did right. Some place where we can gather until, as Smith writes, the world stops spitting us out. Yet I think again to Alice Walker’s words to me that ‘no one can throw me out of creation.’ There will be rest.

I drew images of ‘things that are good’ today with my friend Vina. It helped to ease the pain of sadness, loss, and anger. The things in the list are good. But they too often feel swallowed whole. It reminds me of the end of The Hunger Games when Katniss repeats her list every day of good things in her life to remind her of life beyond the games. I don’t want a list that I have to memorize. I don’t want to keep adding names as hashtags committed to memory.

I want the goodness to be brighter. It takes so long to search for it some days. Some days it never reaches.